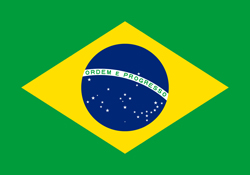 Brazil is represented in IPPOG by the National Network of High Energy Physics (Rede Nacional de Física de Altas Energias, RENAFAE, in Portuguese), officially created by the Brazilian Ministry of Science and Technology to coordinate the national effort in High Energy Physics. The country has a long tradition in High Energy Physics and its outreach. The event Masterclasses Hands On Particle Physics is applied in the country since 2008 and nowadays more than a 1000 students are reached every year in different institutions spread around the country. By the time Brazil was joining IPPOG, a Working Group was created congregating Particle Physicists and Science Education Experts from different Brazilian institutions around the country to promote particle physics outreach activities and to represent the country in IPPOG. Several initiatives are been developed by this group as the organization of regular meetings to exchange ideas and start new collaborations among the participants. For instance, a project to introduce cosmic ray detectors in elementary schools was born from this group. Given the size and demands of the country, uncountable initiatives and activities can still be created to promote particle physics and scientific knowledge in Brazil. 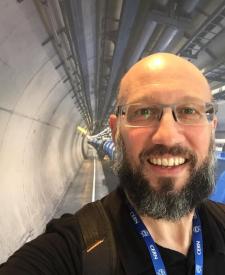 Marcelo G. Munhoz has a degree in Physics (1992), a Master's Degree (1995) and a PhD in Nuclear Physics by the University of São Paulo (1998). He was hired as a faculty by the same University in 2003 where he became Associate Professor in 2009. He makes research in the area of Nuclear Physics, with emphasis in the study of collisions between relativistic heavy ions and nuclear instrumentation. He has several activities concerning scientific dissemination as well. As member of the Scientific and Technical Committee of the Brazilian Network for High Energy Physics, he has become the Brazilian IPPOG representative in 2017.