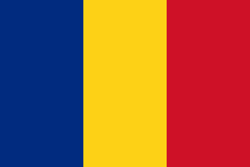 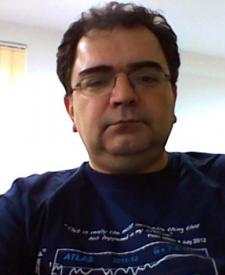 After graduating in Physics in the Faculty of Physics of the University of Bucharest in 1994, I joined IFIN-HH and in the following year I started working for the first time on the FOPI Experiment at GSI Darmstadt, being involved in heavy ion collisions at intermediate and relativistc energies. In 1995 I earned the equivalent of a Master’s degree in Nuclear and Particle Physics from the Faculty of Physics of the University of Bucharest. In 2003 I earned a Ph.D. from the same institution based on my work in the FOPI Experiment at GSI-Darmstadt, concerning collective expansion of hot and compressed nuclear matter produced in central and mid-central heavy ion collisions. In following years I started to be involved in CBM experiment at FAIR/GSI-Darmstadt and ALICE at LHC/CERN. In 2006 I left the former experiments and I joined ATLAS experiment being involved in Grid computing and physics simulations. From 2007 for one year I worked at CERN like a project associate in Grid Deployment Group. From 2008 I came back in IFIN-HH working in ATLAS group and I became the Romanian representative in ATLAS International Computing Board. In addition I joined the H1 experiment at HERA/DESY being involved in excited quarks studies. Since 2008 I have become involved in several high-energy schools activities, conferences and Romanian ATLAS group outreach events. In 2012 I was nominated as the Romanian representative in IPPOG.