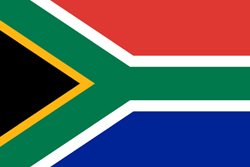 Sahal’s completed a Masters degree in Theoretical Physics at the University of Cape Town in 2002, and prior to starting a PhD at Northwestern University, he worked briefly at the Lawrence Berkeley National Laboratory  and Northwestern. He completed his PhD in 2010 on the measurement of the W boson mass at the D0 experiment, following which he started working on the ATLAS experiment at CERN, initially as part of the University of Witwatersrand and currently as a faculty member of the University of KwaZulu-Natal, which are both in South Africa.  Sahal has been both an international moderator, and local facilitator of the IPPOG international masterclass program. Since returning to South Africa in 2012 we has been actively seeking outreach opportunities, hosting multiple events for school groups at UKZN, a particle physics winter school for undergraduate university students, public lectures, and articles in the local media. Sahal is also a contributor and editor on the Siyavula project for open source textbooks and has been the ‘Custodian of Scientific Integrity’ in workshops with the South African Department of Basic Education.

Sahal joined IPPOG in 2014 as the first delegate from South Africa in IPPOG.