The UK has a diverse and substantial portfolio of particle physics research and outreach activities. UK physicists collaborate and conduct research in projects all over the world and within the UK. These activities include the ATLAS, CMS, LHCb, and ALICE experiments at the Large Hadron Collider, experiments studying the nature of the neutrino such as DUNE, T2K/HyperK, MicroBooNE, SoLiD and SNO+, experiments dedicated to the search for dark matter such as LZ, DarkSide, ADMX and AION, experiments at the intensity frontier such as Mu2e, g-2, Mu3e, and NA62, and robust initiatives in accelerator development, future detector instrumentation, and theoretical research. The UK boasts a vibrant culture of public engagement embedded in individual institutions and spanning experimental research programmes. This includes a national programme of schools masterclasses, and multiple initiatives making use of scientific data from experiments in educational and outreach activities. UK physicists and public engagement professionals regularly organise and contribute to public events at the institutional and national level, and develop online resources, smartphone applications, posters/booklets, and contribute to teacher training and to publications on educational and public engagement pedagogy. The UK hosts successful public engagement collaborations with artists across a range of visual and performing arts. A particular focus of the UK public engagement strategy is in reaching audiences with low science capital or in geographically remote areas. Examples include leadership of the Physics Without Frontiers programme and the development of an award-winning innovative programme to enable visually impaired audiences to engage with particle and accelerator physics. 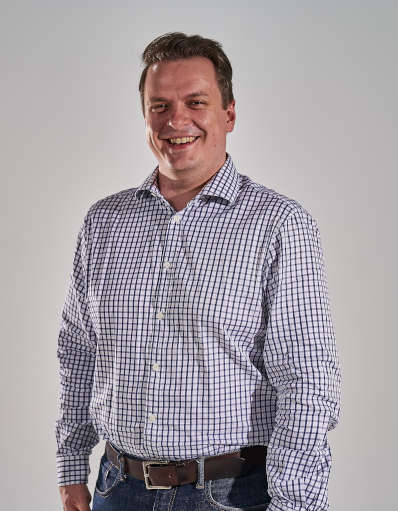 Darren Price is currently a Professor of Particle Physics at the University of Manchester, working primarily on the ATLAS experiment at the Large Hadron Collider, CERN, and the DarkSide experiment at the Gran Sasso National Laboratory, Italy.

Darren read Mathematics at Cambridge, and studied for a PhD in Experimental Particle Physics at Lancaster University. After a post-doctoral fellowship at Indiana University, where he worked on both the ATLAS experiment at CERN and the DZero experiment at the Fermi National Accelerator Laboratory in Chicago, Darren obtained an EU-funded Marie Curie fellowship which brought him back to Europe. His research spans studies of quantum chromodynamics, new high-energy electroweak phenomena, dark matter searches, the use of AI for scientific discovery, and cutting-edge photosensor development for instrumentation of future detectors that aim to observe cosmological dark matter in the lab.

Darren is a UK STEM Ambassador, and regularly contributes to a wide range of public engagement activities such as museum exhibitions, hands-on masterclasses, lectures, interviews, teacher-training events, science fairs and festivals. Darren has co-led the annual one-day Manchester Particle Physics Masterclass since 2013, which has a typical cohort of 200 school students. He has a strong interest in the accessibility of scientific data and use by the public. Darren has successfully used data from the ATLAS experiment to pilot engagement and teaching activities both with undergraduate students and school students and is part of a UK initiative to roll out a national engagement programme using Open Data.

Darren is an advocate for widening participation and activities that engage those with low science capital.

Darren became the UK's representative to IPPOG in 2017.