“Everything happens, but we don’t know why”

The aim of the International Particle Physics Outreach Group (IPPOG) is to inspire the young generations to pursue a career in STEM, especially particle physics. IPPOG does it engaging students in classrooms, laboratories, experimental halls, music festivals, art exhibitions, office buildings and government offices across the planet. The goal is also to explain the fundament role of this branch of the science to the scientific community itself, made up not only of theorists, technicians and scientists, but also of those who are probably the first contact point to science for new generations: teachers and educators. That's why, among the core collaborators there were high-school teachers from different countries who expressed their fundamental points of view during the 24th IPPOG meeting held at CERN on 26-27-28 October 2022.

The meeting started with an extraordinary event held during the morning: a special particle physics masterclass for non-scientific CERN personnel. An event organised in collaboration with Women in Technology (WIT) that has been particularly successful within the CERN community and which IPPOG hopes will be the pilot of numerous other events like this. 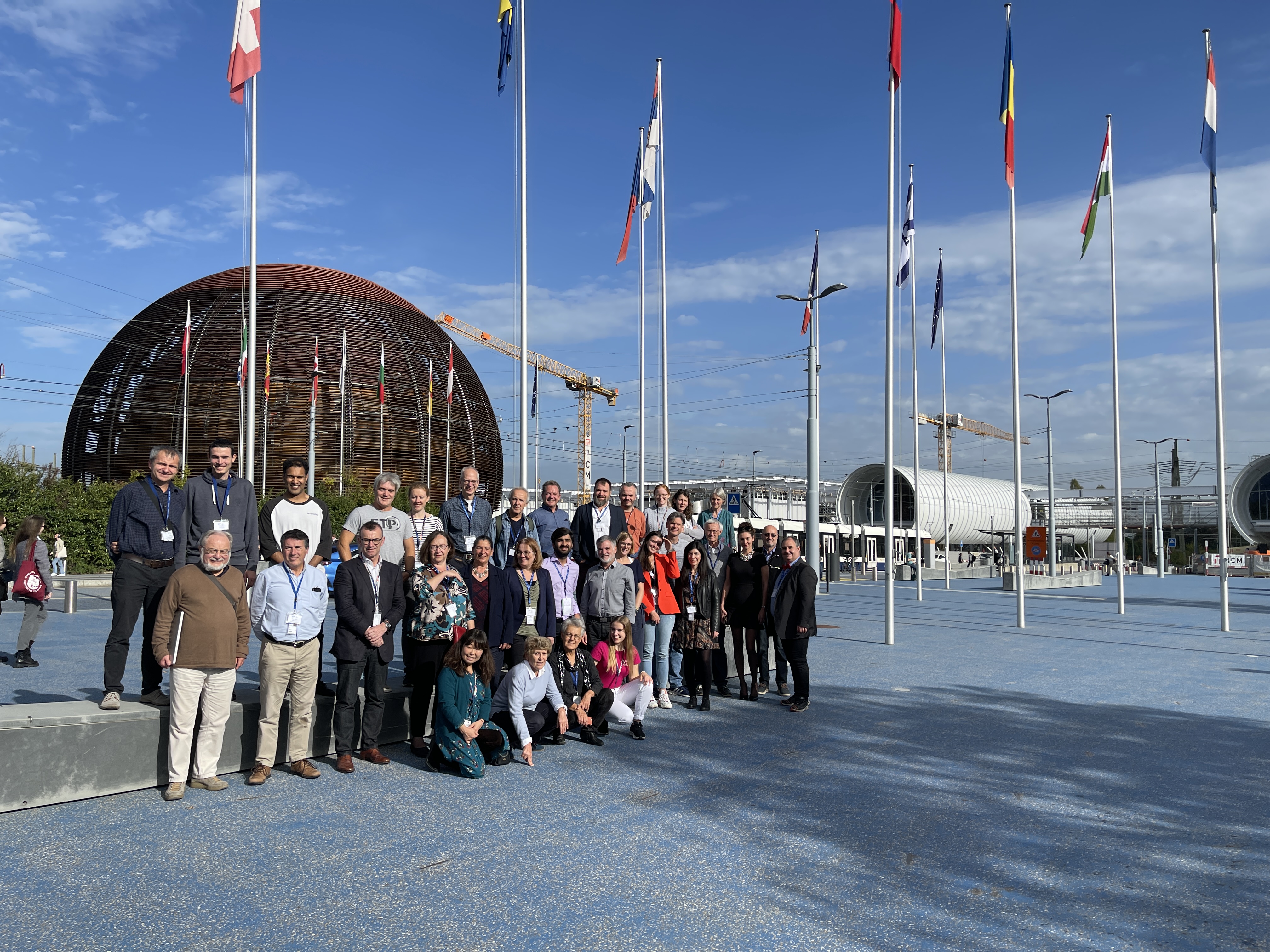 The second day was particularly interesting as there were numerous success stories from brilliant science communicators, scientists, teachers, and even artists.
The co-chairs Pedro Abreu and Steven Goldfarb officially opened the meeting by welcoming the new representatives: Jackie Bondell for Australia, Christine Kourkoumelis for Greece, Paul Gravila for Romania, Jesús Puerta-Pelayo for Spain.
Also, the core collaboration presented the following reports: the resource database report by Barbora Bruant Gulejova, the communication report by Fabiola Cacciatore, the Masterclass Steering Group report by Kenneth Cecire and Uta Bilow, and the Global Cosmics Steering Group report by Carolin Schwerdt and Sabine Hemmer.
Let's find out who were the numerous guests of this edition:

These people, from all over the world, are enriching the particle physics outreach with wonderful projects and events. If you have an ongoing project or if you wish to present a project dedicated to physics outreach during the next IPPOG meeting, do not hesitate to contact us.

Science is special. I remember that when I came to CERN last time, I had the opportunity to meet teachers from countries that live in contrast with each other and that outside from here could never meet. Thanks to science and CERN, which organises events for teachers, it was possible for them to talk about science in a safe place. This is wonderful!
Miki Ohtsuka (particle physics teacher in Japan)

Matthew McCullough is a theoretical physicist who has literally fascinated everyone in the room, thanks to the theory according to which even the Higgs Bosons are characterised by extra interactions.

We are only at the beginning of the journey…
Matthew McCullough

Linda Cremonesi is experimental particle physicist at Queen Mary University of London who showed the various outreach activities carried out by DUNE (the international experiment that aims at making ground-breaking discoveries relating to the origin of matter).

Naomi Zahira Dinmore (editorial content developer at CERN) presented: How to Build a Hadron Collider: Lessons from the Past. She is working on a new format: a podcast dedicated to interviews with key players throughout hadron collider history.

Following the Panel Discussion there has been the session dedicated to the IPPOG Working Groups reports.

The work of these groups is fundamental to IPPOG collaboration. Thanks to them, IPPOG activities can reach distant audiences, remote countries and important science events.

Finally, in the afternoon, there was the collaboration board. The meeting dedicated to the most important decisions of the entire organisation reserved only to the members. Here's the news: